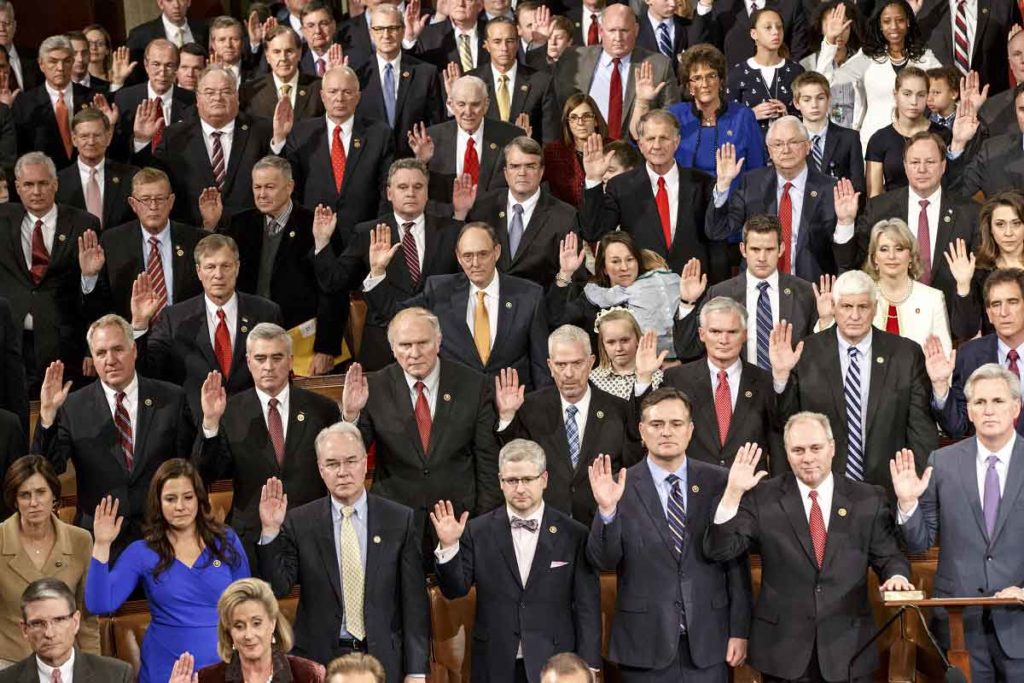 Oath of office of the President of the United States: The President's Cabinet, U.S. Congress, Department of Defense, Department of Justice, Federal Bureau of Investigation, Central Intelligence Agency, and all elected officials and employees of the federal government are required to take the oath. In some cases, the wording is changed based on the specific office. Additionally, most states, cities, law enforcement personnel, and their employees are required to take the same or similar oath. The oath can also be required of contractors, suppliers, and their personnel performing sensitive work.

I do solemnly swear (or affirm) that I will support and defend the The Constitution of the United States against all enemies, foreign and domestic; that I will bear true faith and allegiance to the same; that I take this obligation freely, without any mental reservation or purpose of evasion; and that I will well and faithfully discharge the duties of the office on which I am about to enter. So help me God.

With everyone from the federal level to contractors and suppliers, and local level personnel included, it would seem every possible threat to national defense and security would be covered. However, acknowledgment of internal or external influences and threats can occur slowly over a protracted period of months or years. Acknowledgment can also occur in a matter of minutes or days given the enormity or severity of the action.

Current influences representing real or perceived threats by enemies, foreign or domestic, which are required to be recognized, acknowledged, and protected against, can include:

Domestic or international terrorism in the form of harm to citizens, governments, and their assets.

Domestic or international funding and investment in activities, commercial or philanthropic, which limit societal integration and adherence to established national doctrine.

Restricting or removing the individual rights, liberties, and freedoms of citizens established by national doctrine.

Unauthorized acquisition of proprietary information, digital or written, of legal entities or citizens of the nation.

Use of public funds for personal gain or in pursuit of efforts to undermine national or local doctrine.

Support for threats can be interpreted by failure to acknowledge and correct them, or via ignorance, stupidity and idiocy, allowing them.

Failure to take appropriate action may be interpreted as treachery, disloyalty, subversion, betrayal, and duplicity. Such failure may be for personal gain of a temporary nature.

Examples of nations declaring the status of an enemy: 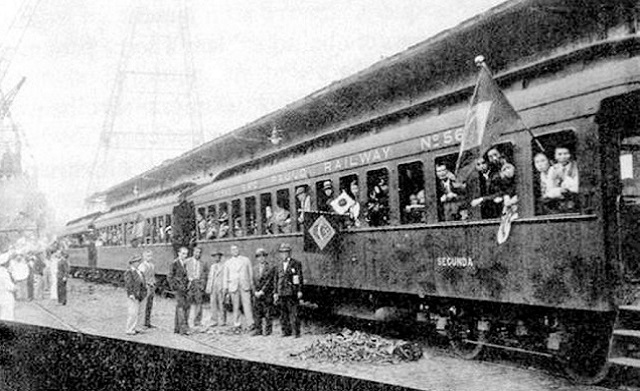 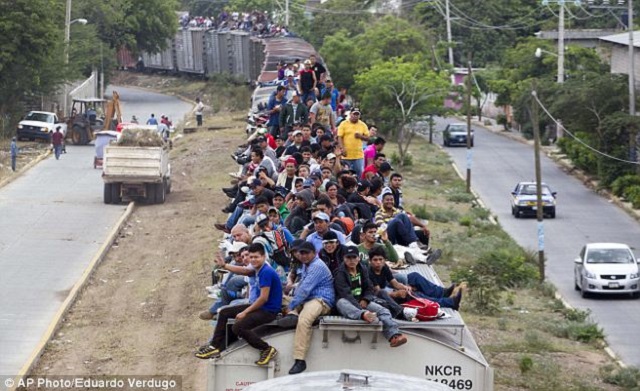 Immigration to the United States is a complex demographic phenomenon that has been a major source of population growth and cultural change throughout history. (Wikipedia)

An immigrant is a person entering a country from another country.

Emigrant is a person who has left their home country for another country.

Example: Emigrating from Mexico. Immigrating into the United States.

Migrant is a general term referring to the total number of persons worldwide, that have emigrated from their home country for another. The number of international migrants worldwide has continued to grow rapidly over the past fifteen years reaching 244 million in 2015, up from 222 million in 2010, 191 million in 2005, and 173 million in 2000.

How the United States Immigration System Works: U.S. immigration law is very complex, and there is much confusion as to how it works. The Immigration and Naturalization Act (INA), the body of law governing current immigration policy, provides for an annual worldwide limit of 675,000 permanent immigrants, with certain exceptions for close family members.

The President's following actions are intended to streamline legal immigration, boost the economy, and promote naturalization for those who qualify. (White House)

Three critical elements of the President's executive actions are:

Cracking Down on Illegal Immigration at the Border.

Most of the world’s migrants live in a handful of countries. In 2015, 67 percent of all international migrants in the world were living in just twenty countries.

The Migration Policy Institute Interactive Map, and International Migration Report for 2015, indicate the most international migrants, 47 million, resided in the United States of America. This is equal to 19 per cent of the world’s total. Migration Data Hub.

Germany and the Russian Federation hosted the second and third largest numbers of migrants worldwide (around 12 million each), followed by Saudi Arabia (10 million), the United Kingdom of Great Britain and Northern Ireland (nearly 9 million), and the United Arab Emirates (8 million).

Of the top twenty destinations of international migrants worldwide, nine were in Asia, seven in Europe, two in Northern America, and one each in Africa and Oceania.

Modern transportation has made it easier, cheaper, and faster for people to move. At the same time conflict, poverty, inequality, and lack of decent jobs are among the reasons that compel people to leave their homes in search of better futures for themselves and their families.

Migrants, particularly women and children, are too often victims of human trafficking and the heinous forms of exploitation that human trafficking entails. Further, in many parts of the world, migration remains one of the few options for people, particularly young people, to find decent work, and escape poverty, persecution, and violence.